The launch date of the Copernicus polar Ice and Snow Topography ALtimeter (CRISTAL) is planned in 2025. To assess the performances of the future constellation, it is of major importance to identify all the altimetry mission components, along with their characteristics. This is mandatory to conceive the most relevant satellite payload and define an adequate orbit to address efficiently the user requirements. The following figure displays a view of the current and future altimetry constellations: 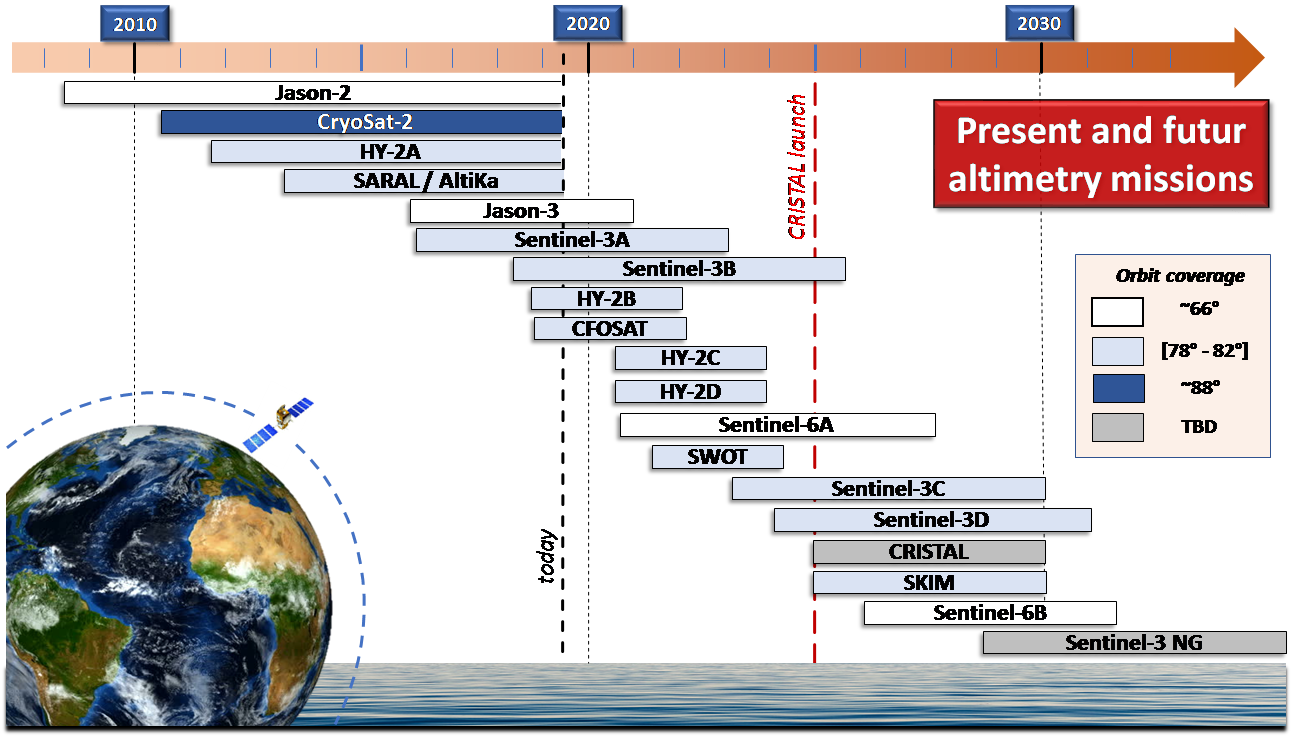 The significant numbers are summarized below regarding the altimetry constellation predicted for 2025:

The following figures show the geographical coverages of the current (top) and probable future (2025-2030 period, bottom) missions over polar areas:

Note: Hatched areas are not covered by any altimetry missions

The main gaps relative to the 2025 constellation are the following: